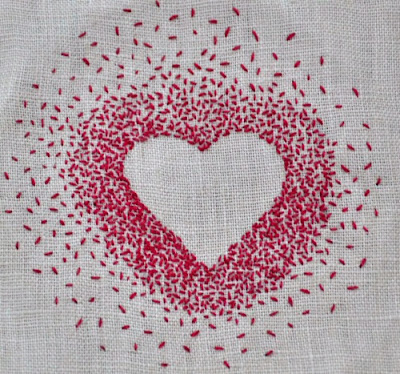 Inspired by this month’s single-colour focus, and by Sewphie’s post about single-colour shading, I took thread to fabric and worked in the negative space around a simple shape. 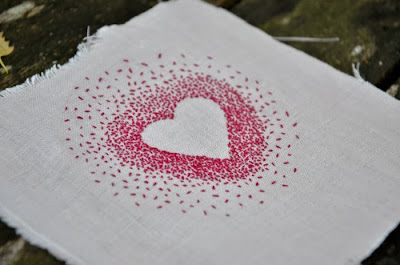 This was an experiment, but I am pleased with the result. I worked small stab stitches, varying the size as they converge towards the centre. The piece is small – the widest point of heart itself measures just 4 cm/1-½", but I still worked what seems like 5 million stitches! Of course there are aspects that I will change for the next project, but that’s the fun of trying something new, watching the evolution of an idea. 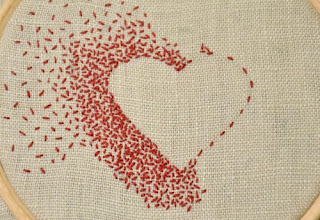 First tip for the next project: Stitch a tiny guideline around the edge of the negative space. I didn’t do this when I began the left side, but here I have added them for the right, and it made the stitching easier and neater when I got to that side. 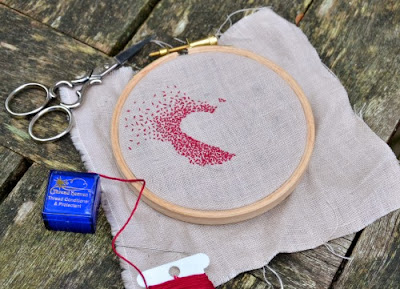 A very useful tip: Use a thread conditioner. This makes a huge difference to the stitching. Repeated stab stitches of this sort are torture for the poor embroidery floss, and it wears and frays much quicker without the conditioner (I learned this the hard way when I took this project out with me and forgot the Thread Heaven). Otherwise, cut shorter lengths of floss to minimize wear. 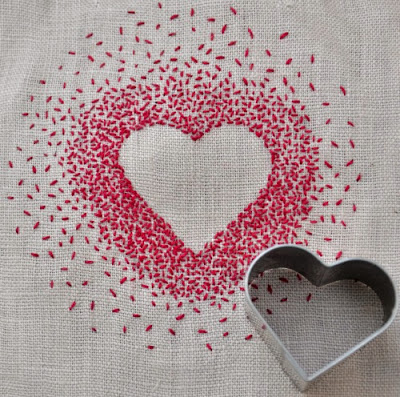 I used a cookie cutter to trace the shape. As I stitched this tiny project, my brain was conjuring up all sorts of variations of a theme...I envisaged a meteor leaving a trail of whites, yellows and golds, worked on black...drops of rain falling and collecting in a puddle...and a beard of bees, worked in tiny black and yellow stabs, swarming around a face (that was late one night).

But for now, I’m trying out other stitches around a negative space. French knots look dainty around a butterfly... 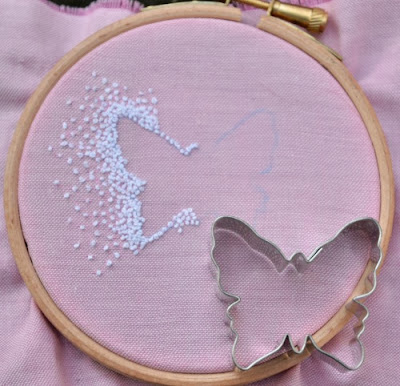 ...and a snowflake with ice-blue knots, just in time for the onset of winter. 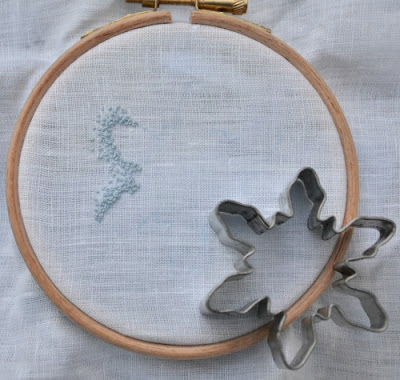 What are you stitching? Please share in the &Stitches Flickr group. We'd love to see it!
Posted by Unknown at 8:20 AM