Last week we talked about Swedish Weaving in our overview of Scandinavian embroidery styles. This week we'll look at a Danish form of stitching: Hedebo! 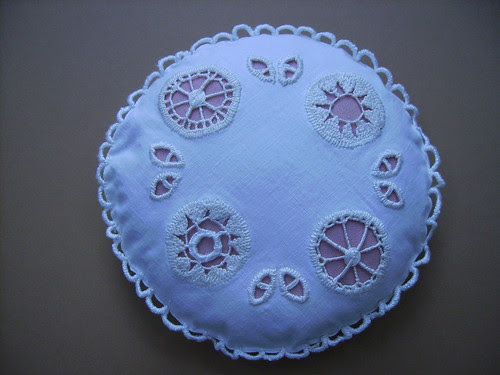 Hedebo embroidery seems to be a fairly rare technique to come across today, but it was extremely common in the Heden area of Denmark, reaching a worldwide audience around the mid-1800s. Hedebo embroidery is a whitework technique involving cut and drawn work, typically on linen. It was originally a surface embroidery style, using heavy chain stitch with just some openwork elements used as fill patterns for larger spaces. Over time, cutwork began to dominate the style and Hedebo is now primarily thought of as a cutwork technique. 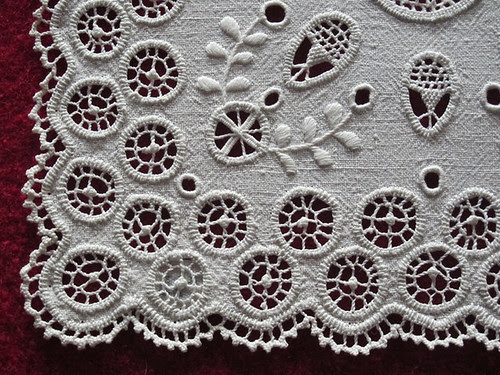 Very early Hedebo embroidery is mostly floral in design and was a peasant style, used to decorate men's shirts, women's underclothing, and household linens. At the peak of its popularity, around 1850, it began to emphasize cut elements filled with intricate lace stitching. It is a delicate, beautiful style - maybe it's time for a Hedebo renaissance!

If you'd like to know more about Hedebo embroidery, Flickr user Grace Lister has a few more pieces in her Flickr photostream, and Karina from the blog By Rios wrote a post about the style as well, with many more photos of historical pieces. And I'll leave you with a tiny peek of something I've contributed to the upcoming Scandinavian issue, out tomorrow! 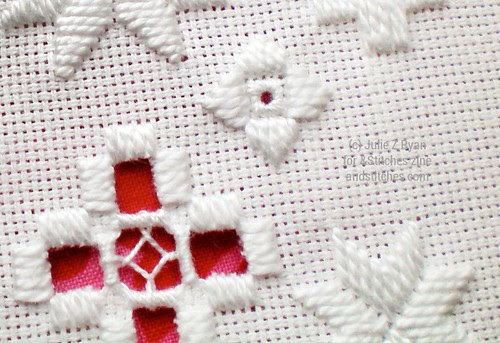 Julie is a knitter and stitcher, born in the US but now living in the UK. She loves vintage embroidery books and bad slasher movies. With her mum, Julie designs embroidery patterns inspired by literature under the name Little Dorrit & Co.