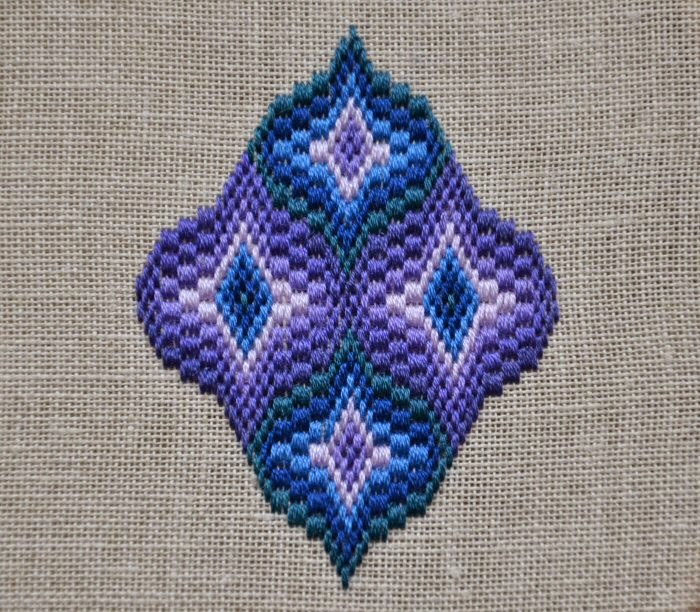 Our Stitching Around the World journey has landed in Italy, by way of Hungary: this is Florentine embroidery.

Florentine embroidery also goes by the names Hungarian Point, Flame Stitch, Bargello or Byzantine needlework. It is a counted-thread technique using a range of shaded floss to create a 3D effect.

While its origins aren’t entirely clear, the technique seems to stem from Italy somewhere between the 15th and 17th centuries. Some sources claim it was brought to the country by a Hungarian who married a member of the Medici family in the 15th century; and a set of 17th-century chairs at the Bargello Museum in Florence features the flame stitch. Wool was the traditional material used for the thread, and the needlework was employed mainly to cover large surfaces, such as furniture seats.

To test out the technique, I chose a pattern from a vintage embroidery magazine, published by J&P Coats Ltd in 1968 (Bargello enjoyed a big renaissance in the 1970s): 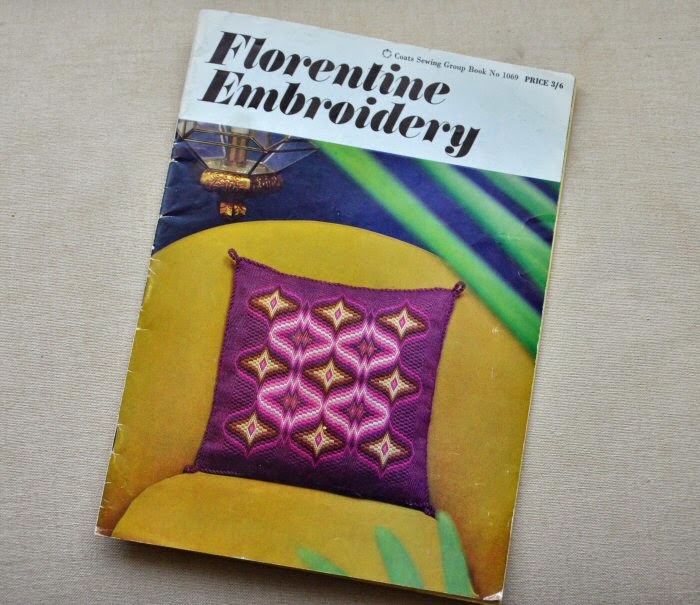 The cover image illustrates why the technique is nicknamed ‘Flame Stitch’ – the design and gradation of floss colours gives a 3D effect, with peaks like flames of a fire. 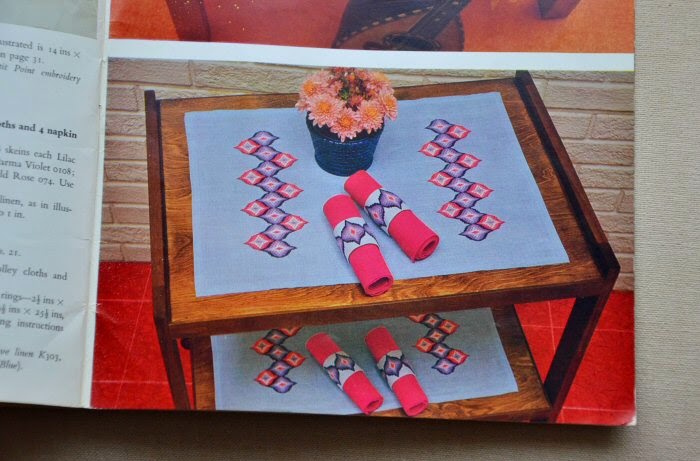 Inside I spotted this lovely trolley set. But not being a trolley owner, I decided to use the design for a different purpose. I worked the pattern on a much smaller scale, using 28-count evenweave linen and three strands of embroidery floss in seven rich shades. 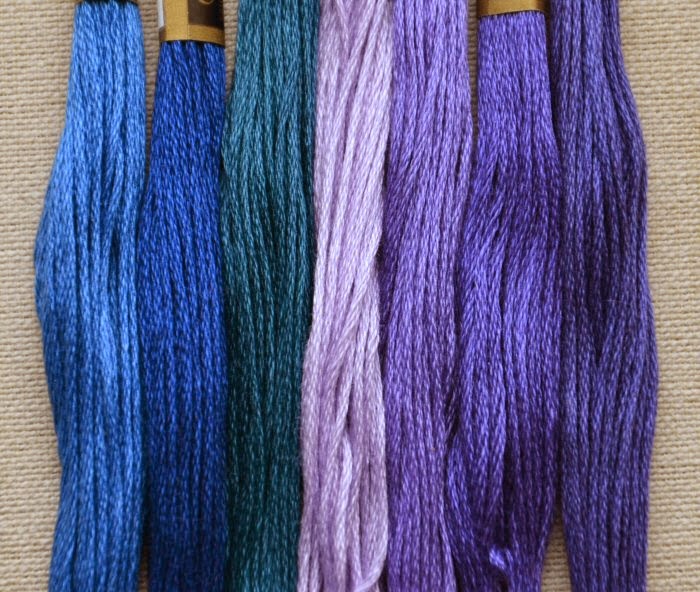 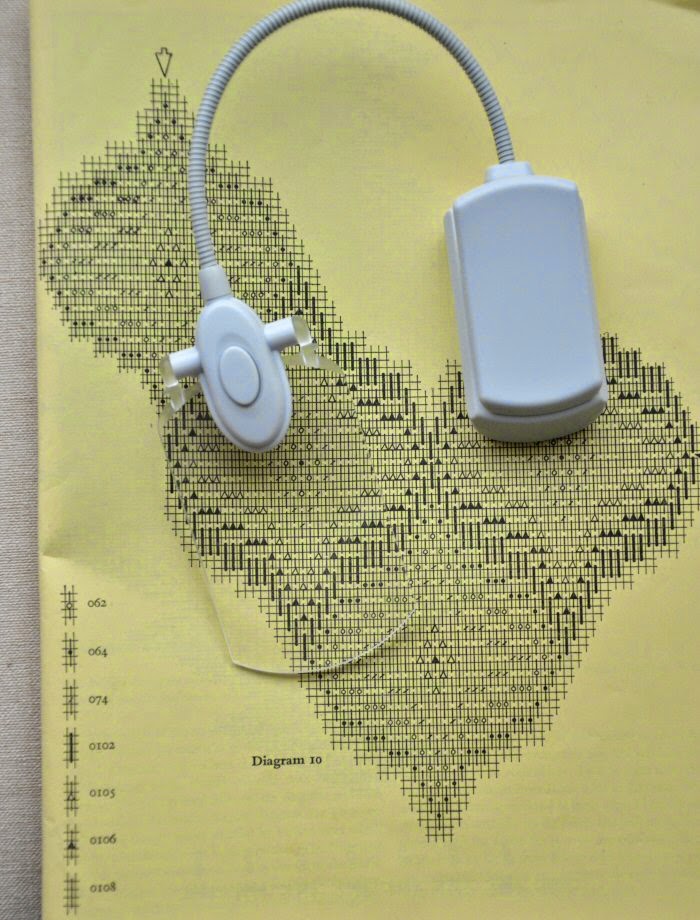 The first segment was the trickiest, as I had to get into the groove of stitching over four strands of evenweave linen. It’s not as straight and clear as aida or canvas, but I prefer the look of linen. And I had to use a magnifier to make sure I didn’t miss a thin strand of the fabric. 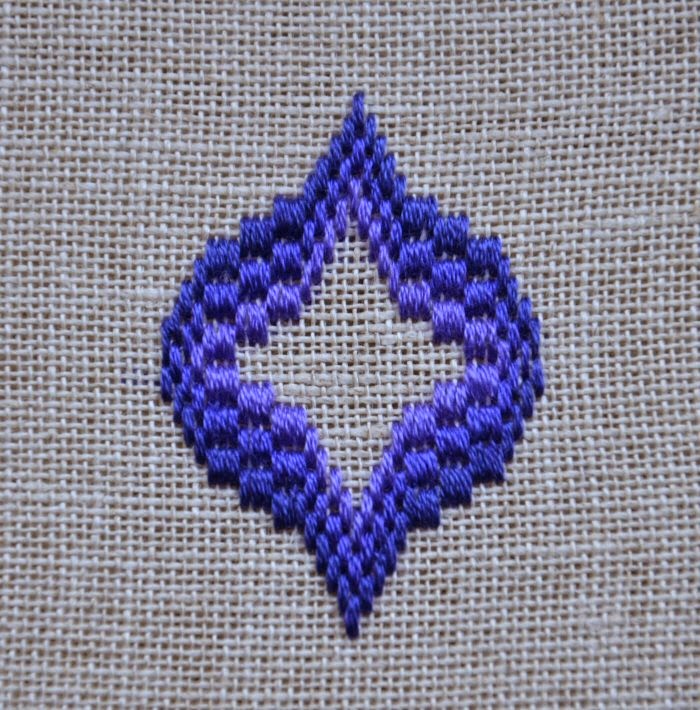 But soon I had the rhythm of the pattern and stitching, and I enjoyed watching the pattern come to life in the jewel tones I chose. 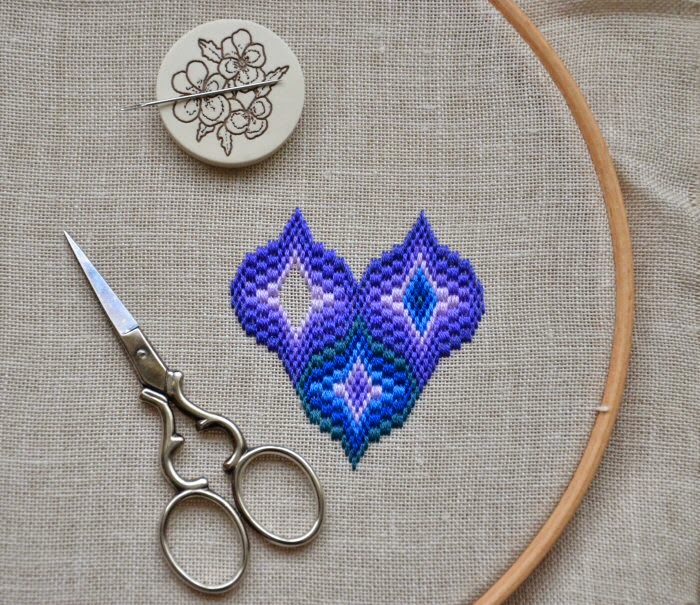 The finished piece is quite small, but I love the depth and energy the colour gradation and design gives the work. 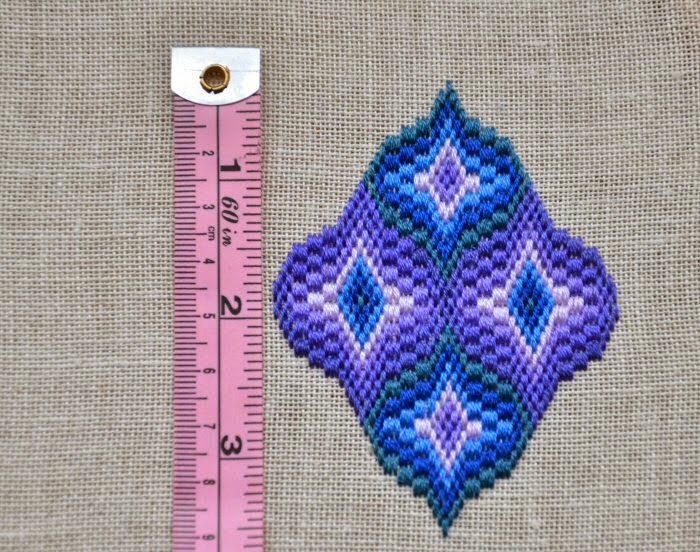 I was going to simply frame this and add it to my hoop wall, but I’m considering using it for a small lavender sachet, backed with a purple velvet or thick linen.

Florentine embroidery books are available, most dating back to the past three decades. Perhaps it’s time for another revival?

What are you stitching? Please share in the &Stitches Flickr group. We'd love to see it!
Posted by Unknown at 10:10 AM