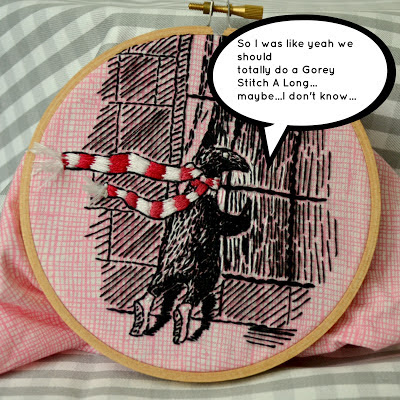 Look at this! Our own Nicole has been working on this fab stitchery on and off for some time... it's great isn't it? All that cross hatching!

And as if that wasn't awesome enough, Nicole and some peeps over on Twitter had a mind-meld and next year they'll be doing a stitch-along based on Edward Gorey. I'll admit I had no idea who that was... You learn something new every day... ;-)

Head over to Nicole's blog to read about the plans for the stitch-along!
Posted by Carina at 1:34 PM